One of the first things that I do when I buy a used car is make a check-list of all the items that I need to address. Sometimes this list includes big things like engine issues but most of the time it is a handful of non-critical things. I like to get things close to if not better than they were when the car was new. When we purchased our 2005 Jaguar Vanden Plas one of the items I needed to take care of was a couple of side marker lights that weren’t working.

Initially this sounded like a pretty simple fix, I always keep spare bulbs around that fit most car makes and worst case scenario I figured that I’d have to make a run to the store to buy some. Once I started digging I quickly found that it wasn’t going to be as easy as I’d hoped to fix this problem.

In order to get access to the bulb I took a trim removal tool and pried the side marker from the bottom until it popped out and then pulled out from the bottom and away at the top where the connecting prongs are. The pictures here should give a good idea of how it is held in place. You can also see that someone before has tried to pry ours from the top and cracked some pieces off of the marker lens. 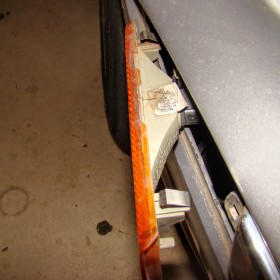 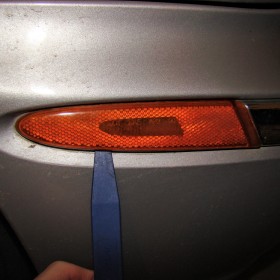 I twisted out the socket in order to swap out the bulb but that wasn’t happening. The bulbs are the kind the slide into the connectors so it should have just pulled right out but because there was so much corrosion the bulb was “welded” in place. I was eventually able to get the bulb out but not without damaging the socket. At this point I could not fix it so I put the marker lens back in place and went to check the other marker that was out to see if it was in the same condition. It ended up being in the same shape as the previous one so I wasn’t able to bring light to any side markers that day.

I couldn’t find where to buy the socket separately so I went ahead and ordered 2 new Jaguar side marker lenses (Part #s C2C2050 & C2C2051) that come with the socket. I paid a little more ($40 for each marker) than I’d like to for this simple fix but I was sure once the new markers arrived that I’d simply plug them in where the old ones were and call it done. The side markers arrived quickly in all of their new OEM glory and I was eager to get them installed so that I could finally check this project off of my list. I removed the old side markers like I’d done before and then went to remove the old socket from the harness so that I could install the shiny new ones… this is when I discovered that much like the old bulb to the socket the harness was corroded and stuck to the socket. I pulled hard enough to get them apart but part of the socket broke off inside of the harness connector. This was not a welcome discovery but still nothing major, I just needed to do some research on what the part number for the wiring harness was. While doing this research I ran across a forum post on the Jaguar forums where they were talking about using VW parts to fix this problem. I did some checking of part compatibility and looked at actual product pictures on eBay to confirm that the parts I needed to order were 1H0949111 and D067B.

I ordered the parts and once they arrived I could tell they were a very similar to the OEM parts. The VW parts have a larger retaining clip but the socket fits in the Jaguar side marker perfectly which is all that matters. 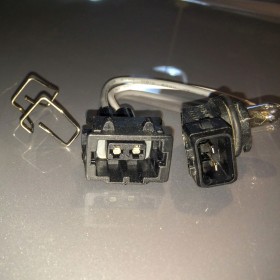 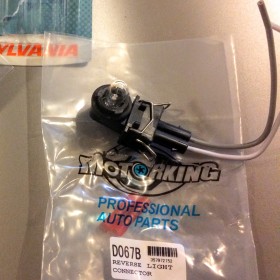 I cut off the old harness and spliced the new harness to the old wires using a butt splice connector. I then wrapped the connections in electrical tape and tested my work by making sure the lights came on, which they did, success! 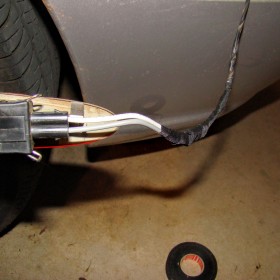 One thing to note, the VW clamp wire that holds the socket to the harness is larger than the OEM one. This just means that you have to work the marker back in place in the larger opening then slide it back to pop in. 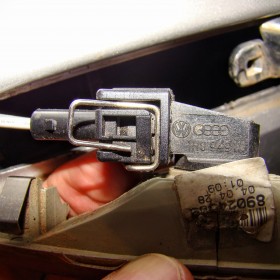 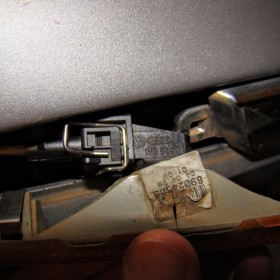 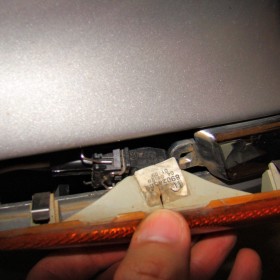 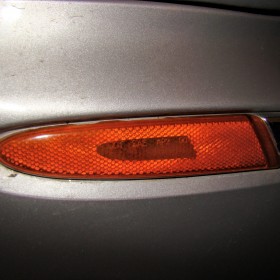 I haven’t checked to see if I’m going to have to do this with our other two side markers when the bulbs burn out on those but at least I’ll know how to fix it quickly if so. I ended up selling the OEM Jaguar markers that I purchased on eBay for a loss, I’m hoping this article will keep someone else from having to do that.