Removing calcium deposits from your car

Sometimes the normal routine that you use to clean your car isn’t good enough. If you’ve ever had the misfortune of having calcium buildup on your car then you know this all too well. Most of the time this happens when a car is parked underneath something that is leaking water with high mineral contents (hard water). This often happens in parking garages with overhead fire suppression pipes that leak.

I recently dealt with this situation, the car was parked under a leaky pipe in a parking garage for an extended period and had a lot of water mineral build up on it. At first glance it appeared to me that this may have damaged the paint so it concerned me that it wouldn’t be easily fixed. Aside from the obvious stains the area surrounding the stains had a rough surface feel like fine grit sandpaper, it wasn’t a good situation. 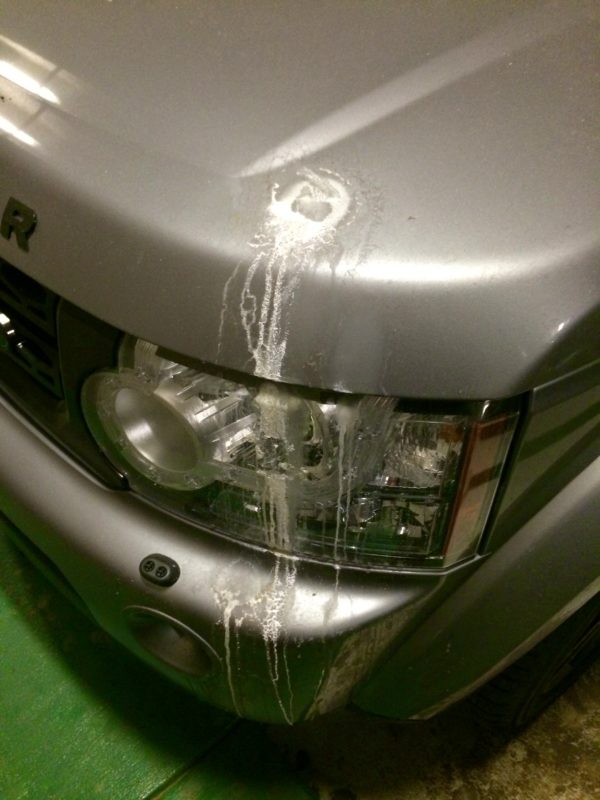 Instead of writing up a request to the property management office for a new paint job I decided to do some research and figure out ways to remove the stain on my own. I read more than one post about using vinegar to remove hard water stains. I’m finding more and more lately that a lot of home remedies call for vinegar, an odorous but very useful substance! It was clear to me that a standard trip to the car wash or a wipe down with a sponge wasn’t going to do the trick so I decided to give the vinegar a try. It worked better than I expected so I wanted to take some time to put this post together to help anyone else that might run into this situation. 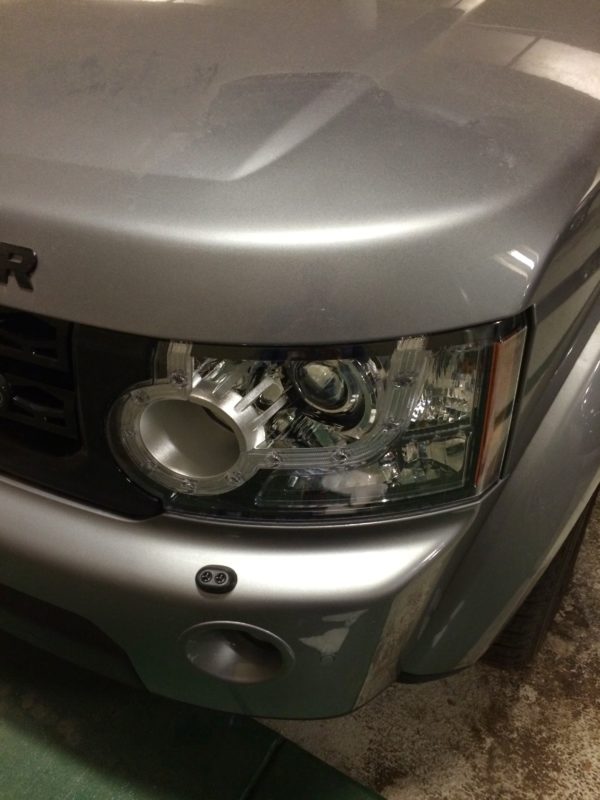 It is important to clean the spots as soon as you notice them and don’t give them time to bake into the paint.

To remove the deposits I purchased some cotton towels and distilled white vinegar. Since the build-up was pretty severe I used straight vinegar but if yours isn’t as bad then you can mix the vinegar with water in a bucket. Based on my research I don’t believe straight vinegar will harm the paint so when in doubt just use it straight.

I soaked the towels in vinegar and put them over the stains. I used enough towels to cover everything and made sure to tuck them into any crevices that had build-up present. I then poured more vinegar on top of the towels and let them sit for at least 30 minutes. There isn’t any hard time limit here but I’d say the longer the better.

After the towels had soaked on the build-up for a while I went back with a bucket of water and some clean towels and wiped down the affected area. It amazed me how much of the stain was gone after this first pass but I still needed to repeat the process one more time to remove it all. You’ll want to repeat the process as many times as needed but you shouldn’t need to do more than a couple of applications.

Once you are satisfied that the stain is gone you should make sure to wash the car and wax at least the area where the vinegar might have stripped the wax. It is probably a good idea to wax the entire car at this time.